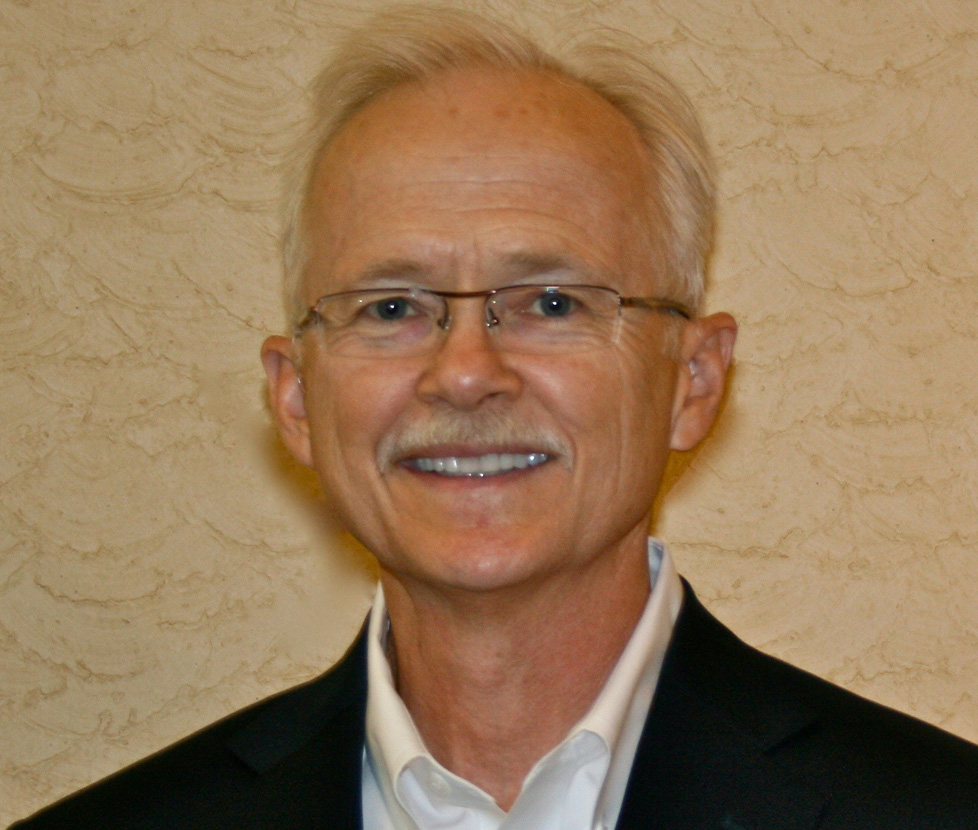 Steven Weatherl is President of Weatherl Energy Investments, L.P. a position he has held since March of 2010. He is also president of Stronghold Energy Partners, L.P., a non-operated joint venture with CIC Partners of Dallas, Texas. Previously, Mr. Weatherl was Vice President and General Manager, as well as exploration manager, of EOG Resources' West Texas Division located in the Permian Basin. He has also served as Vice President of Exploration, USA for Pioneer Natural Resources. Mr. Weatherl received a BS degree in Geology with a minor in Geophysics from Texas Tech University. He serves as an elder of Stonegate Fellowship Church, on the advisory board for Midland Classical Academy, and on the board of MarketPlace Midland.
Kyle Stallings 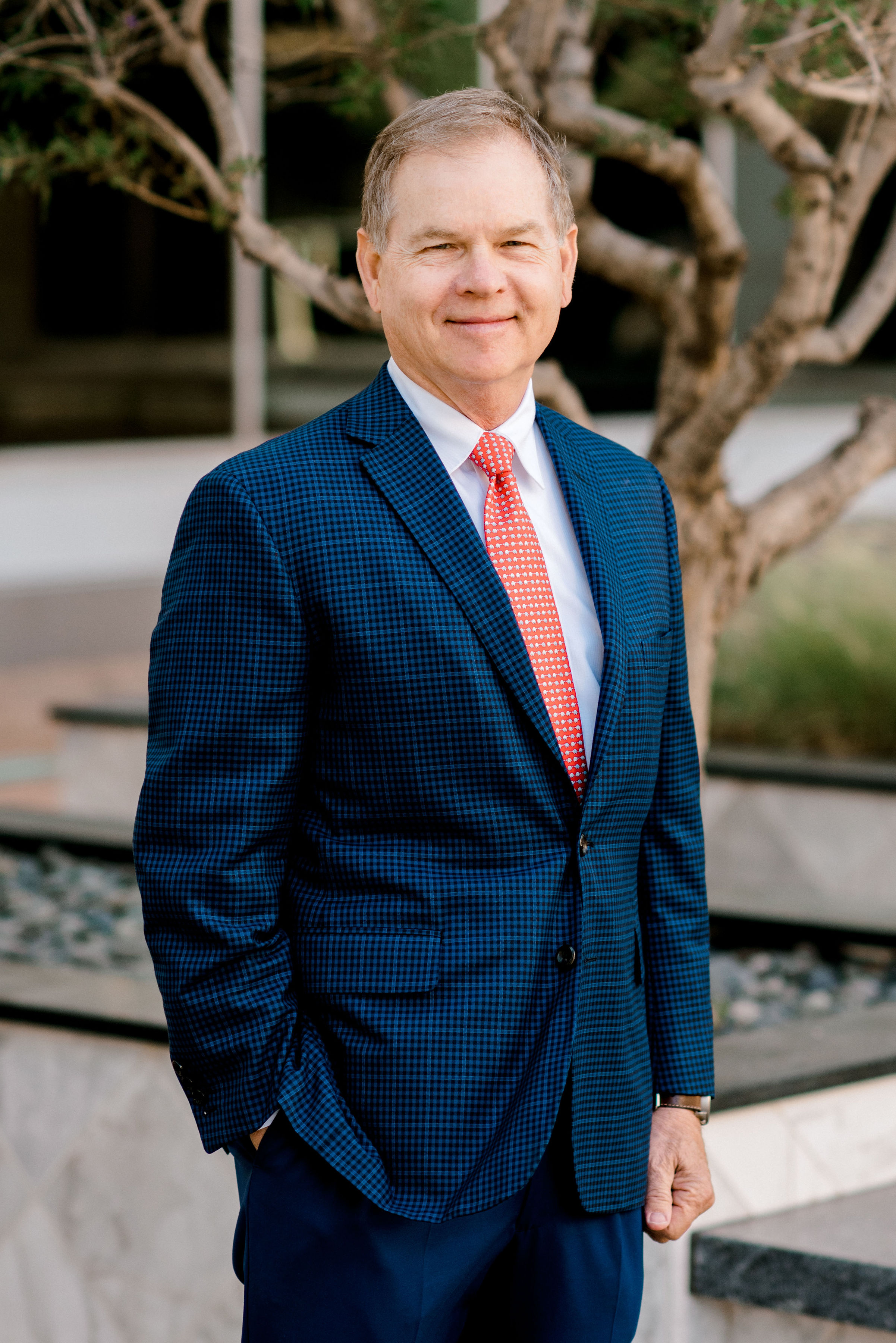 Kyle L. Stallings is the Founder and Chief Executive Officer of Desert Royalty Company, LLC. Kyle graduated from Texas Tech University in 1978 with a degree in Real Estate Finance. He began his career as a land man with Hunt Energy in 1979. He began acquiring minerals in 1985 and founded the predecessor to Desert Royalty Company in 1990. Kyle and his wife Jamie have five children and ten grandchildren. He serves on the Board of Directors of the Texas Public Policy Foundation, First Liberty, Watch and Pray and is a co-founder of MarketPlace Midland. Mr. Stallings serves on the Texas Lieutenant Governor’s Workforce and Economic Development Advisory Board.
Kevin Sparks 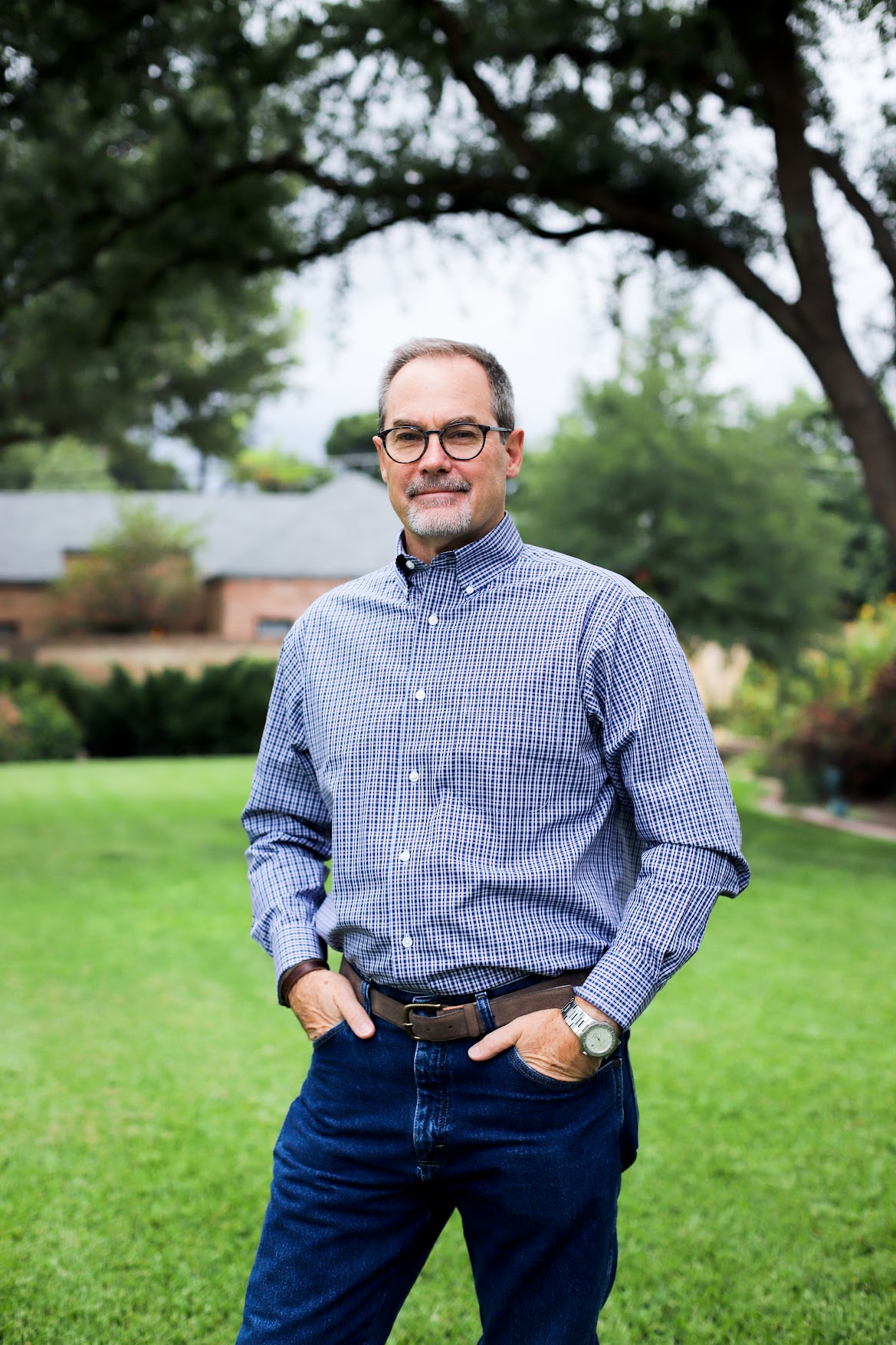 After graduating from the University of Texas with a Bachelor of Business Administration in 1985, Kevin returned home to Midland. He began work at Discovery Operating just before the oil market crashed in 1986. By April of ‘86, Kevin received his first pay cut and headed to the oil field, where he worked as a pumper for almost three years. Today, Sparks is President of Discovery Operating, Inc., a family-owned and operated oil and gas company in Midland, Texas that has created hundreds of local jobs over almost fifty years. Kevin and his wife Jill understand that strong communities do not exist by accident, which is why they have quietly invested in their community for over thirty years as Young Life and church leaders. Kevin previously served as a board member for High Sky Children’s Ranch, the Texas Public Policy Foundation, and the Natural Gas Producers Association. Kevin currently serves as a trustee at Midland Classical Academy and a board member for One Accord for Kids, supporting foster care. Kevin and his wife Jill have three sons, Grey, Garrett, Grant, and one daughter, Sumner. The Sparks are active members of Stonegate Fellowship, where he serves as an elder, and they are small group leaders to young couples rearing their own families. Kevin graduated from Robert E. Lee High School in Midland, where he earned his Eagle Scout badge and played football for Coach Spike Dykes. In his spare time, Kevin enjoys hunting, fly fishing and being outdoors.
Steve McLaughlin

Steve McLaughlin is the Owner and President of Cardinal Surveys Company and has spent over 30 years specializing in downhole production logging, diagnosing problems with oil wells to enhance production and the life of the formation. He is passionate about understanding well performance. Steve graduated from Texas Tech Suma Cum Laude with a BS in Chemical Engineering and then worked for Celanese Chemical Research and Development Center in Corpus Christi, Texas. Mentors and relationships formed at FBC Corpus Christi were instrumental in Steve's walk with the Lord. Since that time, he has served as a deacon and teacher at both FBC Midland and Stonegate Fellowship Church. He has been married to his wife Linda for 39 years and they have 3 grown children - Daniel, Stephanie, and Rachel. Steve is committed to sharing with others a Christian worldview and MPM is an opportunity to encourage young men in that Christian walk and leadership to be carried out daily in business as well as at home.
Andrew Deck 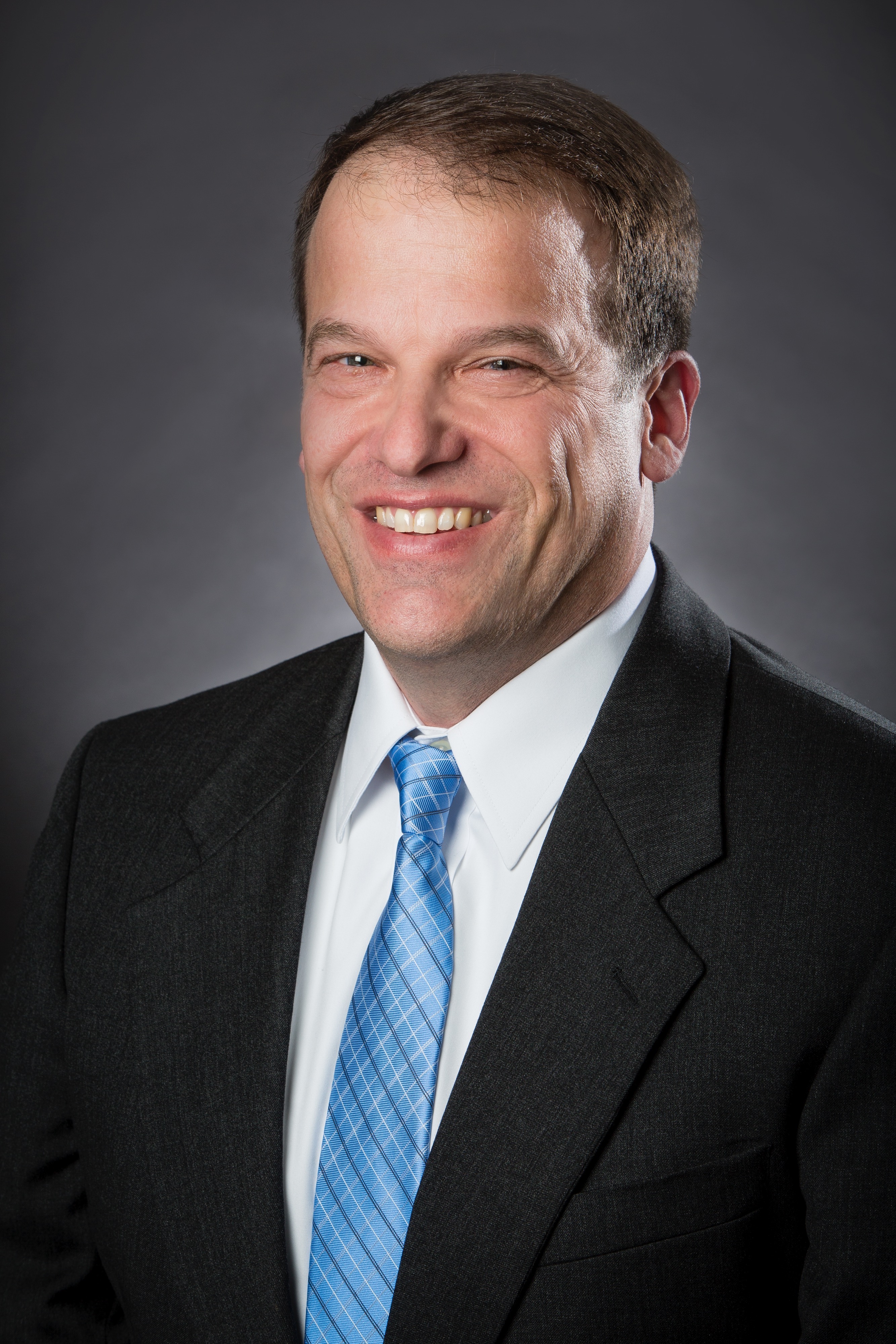 Andrew A. Deck is President of Reliance Midstream here in Midland, Texas. He previously served as Senior Vice President of the Permian Basin for EnLink Midstream. He was the Coronado Midstream LLC's Chief Executive Officer until the company was acquired by EnLink in 2015. Prior to Coronado, Mr. Deck served in a variety of engineering, management, and commercial roles at Enogex LLC in Oklahoma City, and worked for Renovar Energy Corp., a renewable energy company headquartered in Midland, Texas, as Vice President. He has experience in engineering and domestic and international project management.

Mr. Deck received a Bachelor of Science in Chemical Engineering from Oklahoma State University. Andy and his wife, Becky, have two sons – Zack and Caleb. Andy serves as an elder of Stonegate Fellowship Church, on the Industrial Advisory Committee for the School of Chemical Engineering at Oklahoma State University, and on the board of MarketPlace Midland. 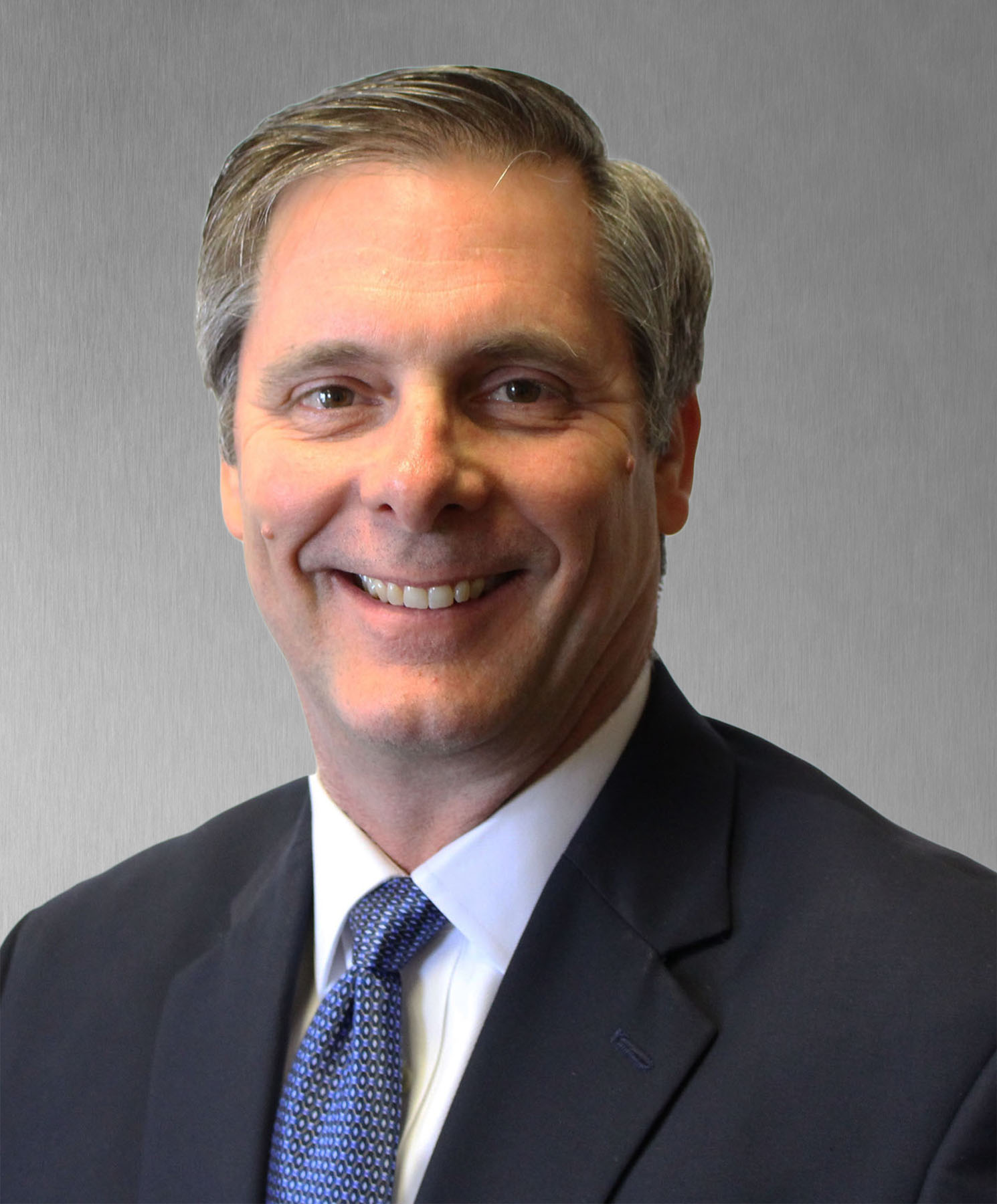 Marc Dingler has been married to Kari Dingler for 31 incredible years and is the proud father of three outstanding young people, Marcus, Rachel, and Jonathan. After twelve plus years in the metroplex where Marcus and Rachel graduated from high school, Marc, Kari, and Jonathan returned to Midland for a second tour in 2014 when Marc joined Diamondback Energy as Deputy General Counsel. Jonathan quickly enrolled at Midland Classical Academy and Kari picked back up serving with Women's CBS, playing in keyboard at Stonegate and serving on the board of YouCanFree.Us rescuing women from human trafficking in India. After attending Promise Keepers in the 90's Marc's life and ministry was dramatically changed. Since then Marc has been engaged and involved in various men's groups and ministries in Midland and the metroplex. It was at PK that Marc realized men need men in their lives to encourage and support one another and to sharpen one another as men and as followers of Christ.  As a result, when Market Place Midland came along, it was an instant connection. It is Marc's desire to serve the men of Midland and MPM and encourage all men to live their lives to Glorify God in all they do.
Some of Marc's favorites:
Favorite saying: Choose Life
Favorite verse: Proverbs 3:5-6
Favorite book: (outside the Bible) Love Does by Bob Goff
Favorite authors: Steve Farrar and Robert Lewis
Favorite meal: Kari's brisket and twice baked potatoes
Favorite hobby: riding motorcycles